What is 3D Modeling? 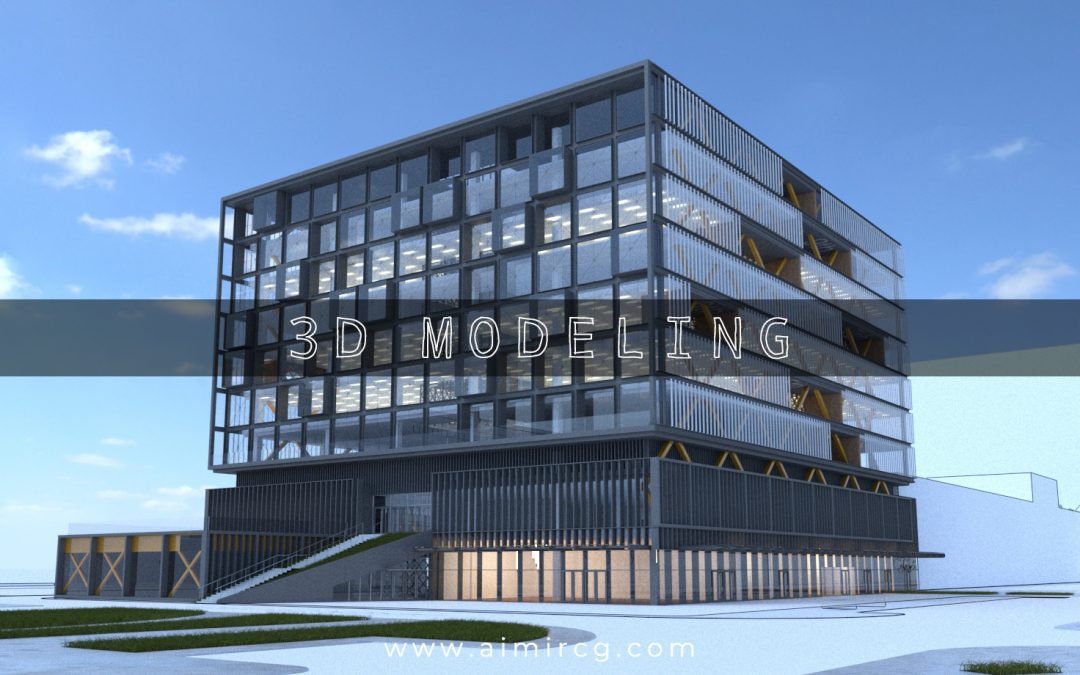 What is 3D modeling? When talking about it, someone may still raise this question even though there are many 3D modeling products all around and people benefit from such a technology in daily life. This article will refer to what 3D modeling is, what it is used for, and how it works, which will help with learning about this technology.

What is 3D Modeling?

To start with, 3D is short for three-dimensional, which is three-dimensional graphics. Applied in computer graphics, 3D modeling is a kind of technology to produce 3D digital representations of any object or surface. Generally speaking, it is to use 3D production software to create a model with 3D data through virtual 3D space.

How does 3D Modeling Work?

In the virtual space, some dots called vertices are manipulated to link each other in a polygon shape(usually a triangle or a quadrilateral) and form a mesh, the core of the 3D model, which acts as the object surface and can be changed by adjusting the position of vertices. Every vertex has its coordinate data so the location of each vertical and horizontal point can be identified by the software.

With these vertices, artists are enabled to create their various works. When the works are displayed on the computer screen, the different gray levels of color make the human eye produce a visual illusion, and the 2D computer screen is perceived as a 3D image looking realistic.

What is 3D Modeling Used for?

Maybe we don’t realize it, but 3D modeling is used in many industries, and it is also a dependency for many practitioners in creative careers, such as architects, game designers and animators. The following part will introduce several common uses of 3D modeling.

It’s very common to apply 3D modeling in architecture. Both outdoor design and interior design are inseparable from it. 3D renderings produced through modeling can be displayed to convey design concepts and ideas in great detail, enabling stakeholders to foresee the architecture work. In addition, potential problems can be easily seen, which is conducive to the refinement of the whole project.

3D modeling is widely applied in game development, so there are 3D games that many people are familiar with, like World Warcraft and Heroes of the Storm. It creates characters, props, scenes, basic terrain, and so on, which realizes a vivid and realistic world for players. Building immersive experiences, 3D games succeed in engaging players and thriving.

Another popular application for 3D modeling is 3D printing, ranging from the auto industry to the medical field. For sure, the scope of its application will be wider and wider in the future. Differentiating from general printing, 3D printing use metals, ceramics, plastics and other materials instead of ink and paper to turn 3D models into physical objects.

The entertainment industry, such as animated films and television shows, is booming today thanks to the development of 3D modeling. At the same time, it is also used in special effects in advertising and other fields, benefiting from its eye-catching effect.

Nowadays there are lots of products involving 3D modeling for the reason that the adoption of it in product design enables designers to pinpoint errors in time and correct them accordingly, reducing the waste of time, manpower and money before the production process. Furthermore, it will have a good effect on presentations to customers or investors, who can envision the product directly.

Since 3D modeling can achieve such powerful and diverse functions, there must be a variety of 3D software technical support for different purposes. Some excellent software is listed below.

Blender is a free, open-source 3D modeling software offering a range of animation solutions from modeling, animation, textures, and rendering, to audio processing, video editing, and more. It has to be said that it is a great choice for 3D modeling.

As an automatic computer-aided design software, AutoCAD can be used to draw 2D drawings and basic 3D designs. With a wide range of adaptability, it can be run on microcomputers and workstations supported by a variety of operating systems. It is especially popular among architects and engineers.

If you want to learn more about which 3D modeling software is better, you can check this article: Best Free Online CAD Software and Free CAD Software.

If anyone is wondering whether 3D modeling is worth learning, the answer is yes. Because of the continuous development of 3D technology and increasing popularity, the future market has unlimited potential among many industries. Architectural designers, video game designers and animators are all available careers if you master 3D modeling. It will create many career opportunities as long as you commit to learning it.

If you want to do learn more about 3D modeling, check the case studies on our website. They introduce the process of 3D modeling and 3D rendering thoroughly. For instance, a house in California with explicit 3D modeling process. At the same time, the internet is a good teacher because it boasts free software and readily available resources for learning. After picking up the basics and getting familiar with the software, it’s feasible for you to start your own modeling.

3D modeling plays an increasingly important role in the production and people’s life, and its development prospect is not to be underestimated. Hopefully, this article has helped with learning about it and stimulating the motivation to learn.

AIMIR performs professionally in providing 3D rendering services, showing its superb 3D modeling technology. We are always ready to help with creating impressive architectural renderings if you need them. Please do not hesitate to contact us!