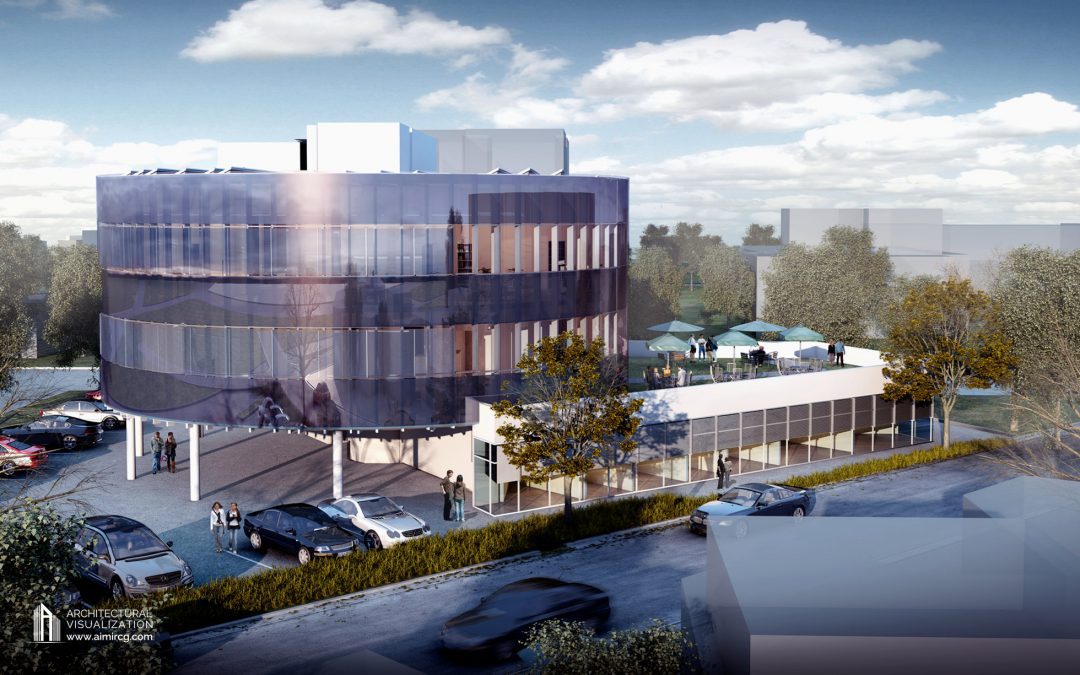 It’s known to all that 3D visualization and rendering is now a necessary tool in any architectural project in the highly competitive construction industry. It plays an important role in both demonstrating the design and facilitating communication with clients. Thanks to its outstanding advantages, it has simply become a driving force for architectural design and marketing. Therefore, choosing the right type of 3D visualization really matters for architects and designers. Talking about 3D rendering genres, it is generally divided into two types: realistic and artistic 3D visualization. Which is better? More exactly, which is suitable for your project? This article will talk about this question.

Before comparing advantages and disadvantages, we should address the ambiguity when it comes to the two terms. In the ArchViz industry, realistic and artistic 3D visualization are also technically called photorealistic and non-photorealistic 3D rendering techniques.

On the one hand, realistic 3D visualization or photo-realistic technique focuses on making rendering images look like reality as much as possible through adjusting textures, lighting, shadows, and so on. That is to say, it doesn’t require much artistic creation. Instead, it requires 3D artists to find ways to make the buildings or other designs appear exactly how they would look in real life. This visualization presents the successful simulation of the physics of something.

On the other hand, artistic 3D visualization or non-photorealistic technique is based on the photorealistic one. Also, 3D artists are given the freedom to create arts, making their works look like what they should be. Such renderings can involve the inner structure of architecture and create a stylized environment in which collaboration and appreciation can occur while artistic 3D visualization is unable to achieve, being impressive at the same time. A good example of this kind of visualization is the exploded view drawing.

Realistic 3D visualization shows its advantages in displaying architects’ realistic expectations of a project. If the images are vivid and realistic enough, the concepts and ideas conveyed will be crystal clear. In that case, it’s helpful to avoid vague feedback or even misunderstandings in communication. Furthermore, when artists succeed in seamlessly blending the basic disciplines of photography and CGI, the works would be undoubtedly impressive.

However, it cannot be denied that realistic 3D visualization is unable to effectively communicate some things, such as the internal components of objects or buildings.

This is why artistic 3D visualization comes into use. As mentioned above, the exploded view is a kind of such visualization and an important function in 3D visualization software. Different from what objects look like in real life, the view drawing showcases various parts and components separated at a certain distance, which enables clients to see the relationships between the parts and understand the order of assembly. In the construction industry, non-photorealistic 3D rendering is used for the internal components of the building system and its electrical and plumbing drawings. It anticipates what the final look of a project should be, showing its important role.

So, Which is Better?

For sure, there are more pros and cons of realistic and artistic 3D visualization, but this article won’t go into much details. It has become clear that these two visualizations are really apples and oranges. In other words, they are different things. In any case, the question of which is better doesn’t have an infallible answer, as a mathematical question does. Obviously, it depends on the circumstance. Therefore, this question comes down to preference and necessity.

Certain parts of a project will always require a specific technology to implement because of different advantages and capabilities. So with that in mind, 3D artists can decide which visualization to use for certain parts. That is the necessity. And then in addition to technical applicability, artists have to take clients’ suggestions into account when choosing which visualizations to use during the project. Through adequate communication, artists should understand the client’s preferences and expectations and facilitate collaboration between the architect and the client at the same time, so that they can fine-tune the project. After all, the architect and the client are the ones who finally make a decision and have to fund the project. 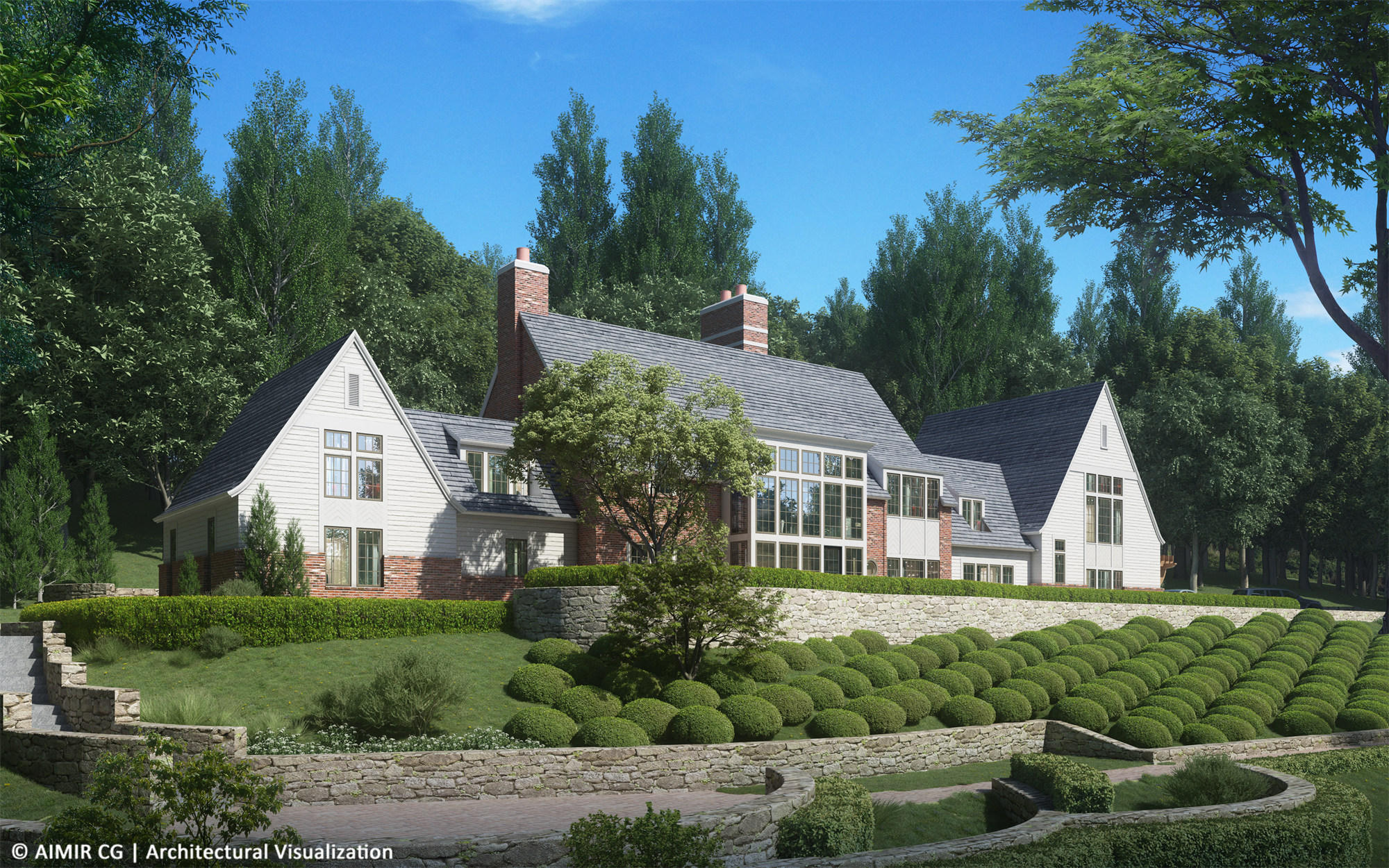 Actually, it’s better to combine realistic and artistic 3D visualization. An architectural project generally involves many complex parts. Applying various visualizations helps with refining a project and gaining clients’ favor, so it’s quite essential for 3D artists to have an open mind and get their act together. In the long run, presenting excellent 3D visualizations is the most fundamental way for a 3D artist or even a 3D architecture studio to gain a foothold in an increasingly competitive industry. Anyway, don’t be left behind.

This article simply analyzes the advantages and disadvantages of realistic and artistic 3D visualization as well as the answer to the question of which is better. No matter which visualization we use, we are devoted to satisfy our clients’ need, no matter you are an architect, interior designer, real estate agent, constructor. As a studio with 16 years of experience, we are able to provide professional 3D rendering services, 3D animation services, and VR services. When you would like to partner with us, we’re glad to help you create impressive architectural renderings to get your project recognized.