Architectural Failures — Even Masters Don’t Always Get It Right 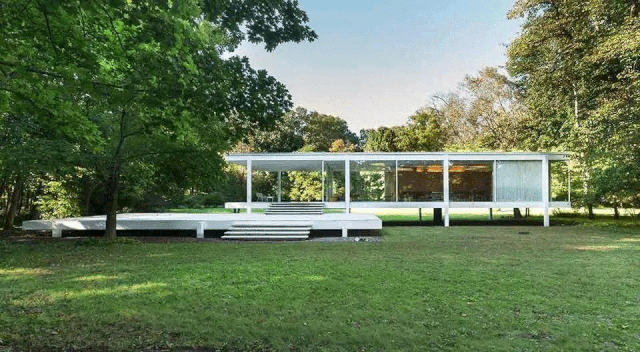 Masters of architecture have influenced countless students that taps into the field. However, even masters can, sometimes, fail as well.

Maters like Right, Cobb, and Herzog all have stumbled over the four hard nuts:

LEAKING, SPOTLIGHTING, CONSTRUCTION AND THE MATCHING OF FORM AND FUNCTION.

To brief you the ideas

They were like giant concave mirrors, with blazing sunlight, eggs can be boiled, plastics be ignited, and automobiles melt easily under its reflection.

These two buildings fell short of expectation for inferior construction. Later, they got diagnosed with building dermatitis.

But what happens when master architects fail?

Mother: My house is leaking.

Cobb: If you do care about the world around you, you will know that I‘ve become one of the most famous architects in the world. My clients are everywhere.

Mother: Good, but my house is still leaking.

The owner of this house is a single female doctor in Illinois named Farnsworth. She met Van der Rohe at a dinner party and the two clicked at the moment. Ms. Farnsworth described their rendezvous as:”the effect was tremendous, like a storm, a flood, or other act of God.”

Later, Farnsworth entrusted her house to Mies, who took the idea “less is more” to its extreme. The house has no brick wall but French windows all around. Other than the washing rooms, every corner of the house is exposed to the outside world. The owner can appreciate the natural beauty from within, seemingly a scene where men and nature become one.

However, from Farnsworth’s perspective, this minimalist glasshouse meant only no privacy, plus problems like the room temperature changing with seasons, lights attracting insects at night, visitors wandering around at day time had all make it intolerable. She once conveyed her experience as “I feel like a prowling animal, always on the alert. I am always restless. Even in the evening. I feel like a sentinel on guard day and night. I can rarely stretch out and relax.”

She once tried to stop Mies from proceeding. After the completion of the house, Farnsworth, facing extravagant construction cost and other nuisances, ended up in courtroom against Mies, suing him of fraud and demanded return of all the expenses.

Due to the low base of this building, it was flooded whenever rainstorm arrived. Successor Palumbo spent seven times the original construction price to fix it. Unfortunately, Farnsworth Residence was once again flooded this May.

From this picture it doesn’t look half as bad, does it?

Now let’s take out the filter and see what Farnsworth once felt: “It felt like a storm, a flood.”

Sitting on the shore of Lake Geneva, or Mother’s House, was built by Cobb for his beloved mother. It is a perfect living machine with reasonable functions, moderate size, and the long-stretched windows enlarge the lake view.

It is also in this house that Cobb’s parents and brother passed away. And they had rendered the lake house with a somewhat unique sense.

However, the house kept leaking, even after Cobb personally mapped out repair plans for the engineers.

In the documentary Behind the Artist, there’s a line that goes:

Mother: My house is leaking.

Cobb: If you care about the world around you, you will know that I have become one of the most famous architects in the world. My clients are everywhere.

Mother: Good, but my house is still leaking.

It seems, not bad at night?

Let’s just take a look at the following two photos from the same angle but at different times of the day. The building in daylight is like “disillusionment”, and we can see the rough exterior clearly.

The facade of the building is a three-way oblique folded-plate shell, which is composed of more than 5000 pieces of glass and 75000 stones, all with the same size but different shapes. When it was being built in 2006, construction in China was still unable to fulfill the authentic effect of this kinds of bizarrely-shaped buildings.

As a result, the surface of the building has various-width gaps, out-of-tune textures, and even patches!

Besides, its poor post-maintenance has made things worse.

The two “divined stones” now turns into an out-of-repair-for-years Youth Palace in some fourth or fifth-tier cities. The once beautiful lines sketched in the renderings fails to become reality. Quite an embarrassing scene to sit on the central axis of Guangzhou.

But the interior is much better. The choice of interior materials is relatively easier for the treatment of irregular surfaces. Away from natural erosion, the interior looks fantastic overall with professional lighting layout.

Located at Warehouse A in Hamburg, Germany, The Elbphilharmonie concert hall is designed by Herzog & De Meuron. It was originally a warehouse built and put into use between 1963 and 1966. The new structure is placed over the old building like a crystal crown.

It also has a gigantic gem effect, upon which the water, the sky, and the city of Hamburg are reflected, rendering it with fluid visual effects

This dreamlike rendering filled everyone with excitement to witness the day of its completion. But in reality, the “demo” looked like this:

Netizens joked about this building as: “This is not the exterior a building should have, this is dermatitis!”

But once completed, for a certain period of time, the sky, the water and scenes were captured by the glass façades, which is not as uncomfortable as it was in the middle of the construction.

A ‘D’ it is, a bit astray from the rendering though.

The interior looks nice as well, with an exquisite touch.

The Nakagin Capsule Tower is located in Ginza, Tokyo. It was designed by the famous Japanese architect Kisho Kurokawa. At the first glance, it feels like an ugly honeycomb. In fact, the building has also caused controversy from all parties, but this does not affect its importance in architecture.

The fixed foundation structure of this building ensures the stability and balance of the tower, and the cabin is inserted into it like Lego blocks, which can be replaced freely as needed.

The cabin design took inspiration from the spaceship. The whole building is like a huge space station within which over 140 cabins can be docked freely.

However, this high-end residence is almost deserted today, the utopian future living originally envisaged by Kisho has failed to become a reality.

The planned renewal every 25 to 30 years was shelved due to cost issues. The internal facilities were seriously aging while water leakage became a routine. The building even faced demolition several times as it was thought to be a waste within the prosperous area.

However, the novelty of its design has attracted numerous tourists, so the demolition was put off for more than ten years when it was left unintended and became obsolete.

Although these buildings have some practical problems, they are undoubtedly pioneering works. Compared with the functional “failure”, the value they brought to the development of our time is still worth our acknowledgment and learning!

Epoch-making design do strike us between the eyes. But is that all about the masters’ works?

Actually, their errors may turn out to be a valuable case study for us. After all, the coexistence of positive demonstration and lessons complete the meaning and mission of their works.

Whatever architects have failed to realize, architectural visualization will always be on the reight track unless there’s a misunderstanding between clients and the technical team. Moreover, it can prevent also prevent such problems as listed above by a great extent. For 3D rendering services, let AIMIR help you to air your ideas. We’re always available for any information, meet us!