Zhaozhou Bridge, also known as the Anji Bridge, is a stone arch bridge in Zhao County, Hebei Province. It is billed as “big stone bridge” by the local folks in order to distinguish from the “small stone bridge” nearby. Anji Bridge started its construction in Sui Dynasty (581-619AD) under the supervision of prominent craftsman Li Chun, and was completed in 605AD. It has undergone several renovations during Tang Dynasty, Song Dynasty, Ming Dynasty and Qing Dynasty. The bridge had been severely damaged in late Qing Dynasty, renovations from 1952 to 1956 were widely criticized by society for the renovation changed its essential appearance and structure. Anji Bridge, however, still is the oldest standing bridge and the oldest open-spandrel stone bridge in the world. 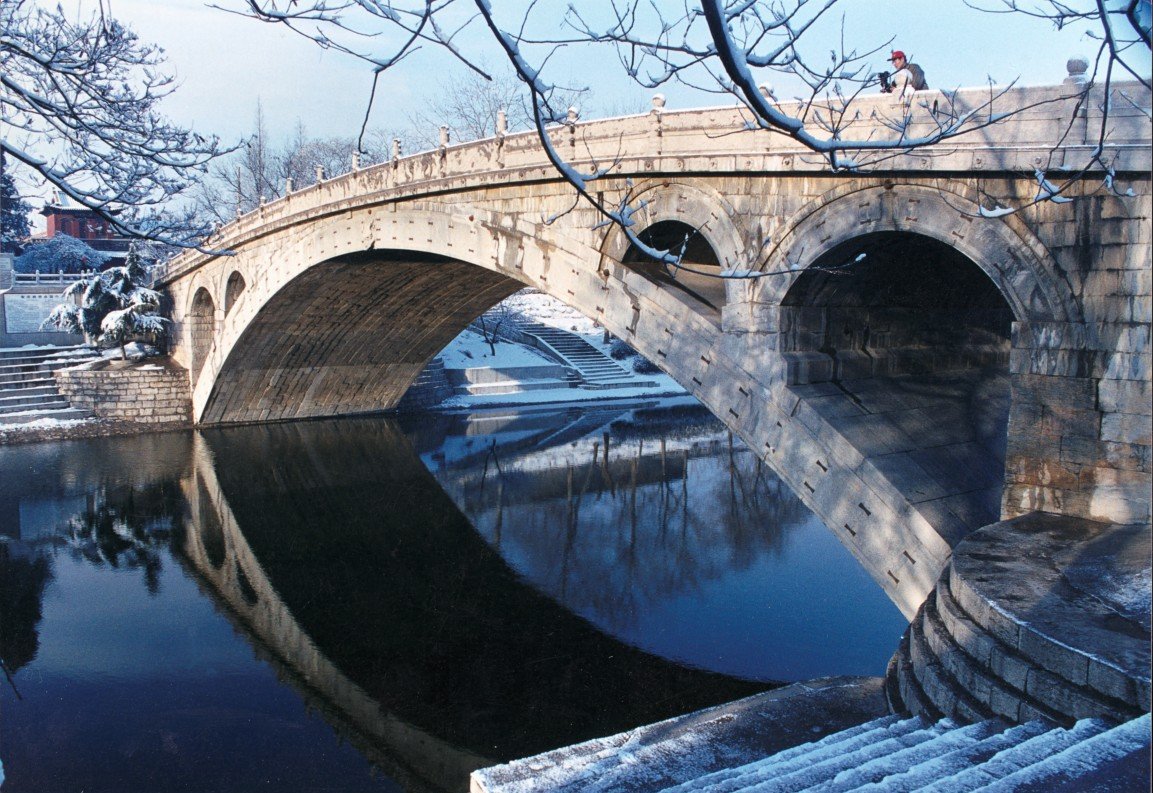 In Ming dynasty (1567AD), scholar Zhang Jujing wrote The Renovation of Big Stone Bridge which recorded the renovation of Zhaozhou Bridge after a fire stroke. The cause of this fire is because a ship carrying coal rested under the bridge, soon the fire spread out the crevices which nearly destroyed the bridge. In the year of 1563, the renovation began, the task was completed in the winter of 1597. People review this renovation as “marvelous spandrel beams revives, renovation equals restoration.”

According to folk tales, Anji Bridge was built overnight by famous craftsman Lu Ban, for the convenience for locals along two banks of Jiao River. Locals praise the bridge builder with tales. 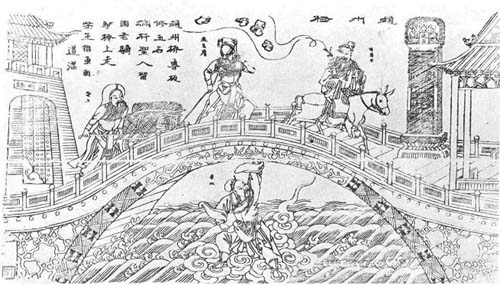 Anji Bridge is by now the oldest open-spandrel stone bridge in the world. In the West until the 13th century, large-span arc arch bridges spanning more than 24m, the flat rate is between 0.70-0.83, basically belonging to semi-circular arch bridges. For example, the Pons Fabricius in the first 62 years of ancient Rome has a span of 24.8m, an average flatness of 0.83, and an angle of 159° with the center of the circle. It is basically a semi-circular arch bridge. In 1187, the French Pont d’Avignon spanned 33.7m with a flattening rate of 0.70. The earliest existing arc arch bridge in Europe was built in the 2nd century Alconétar porous bridge relic, with an aspect ratio of 0.5-0.6 (aspect ratio of 0.25-0.3), but the span is small, the first and second arch span is only 6.72m, 7.28m.  The flat long-span arc arch bridge began to emerge in Europe in the early 14th century. For example, the St Esprit bridge on the Rhone River in France in 1306 spans 34 meters and has an even flatness of 0.51. The span or flat rate is not as good as the Anji Bridge. It is only in the middle of the 14th century that large-span 1/4 arch bridges were popular in Europe. It was only in 1345 that Europe saw a long-span flat quarter arch bridge with a span of 29.9m and a flattening rate of 0.37.

We at Aimir believe that every construction has a soul behind cement or rebar or stone blocks. The great ideas our ancestors came up centuries ago can still inspire us until now, and that is why Aimir CG is always learning & evolving in the architectural visualization industry striving to be better.