7 of the Most Costly Mistakes of Architectural Design 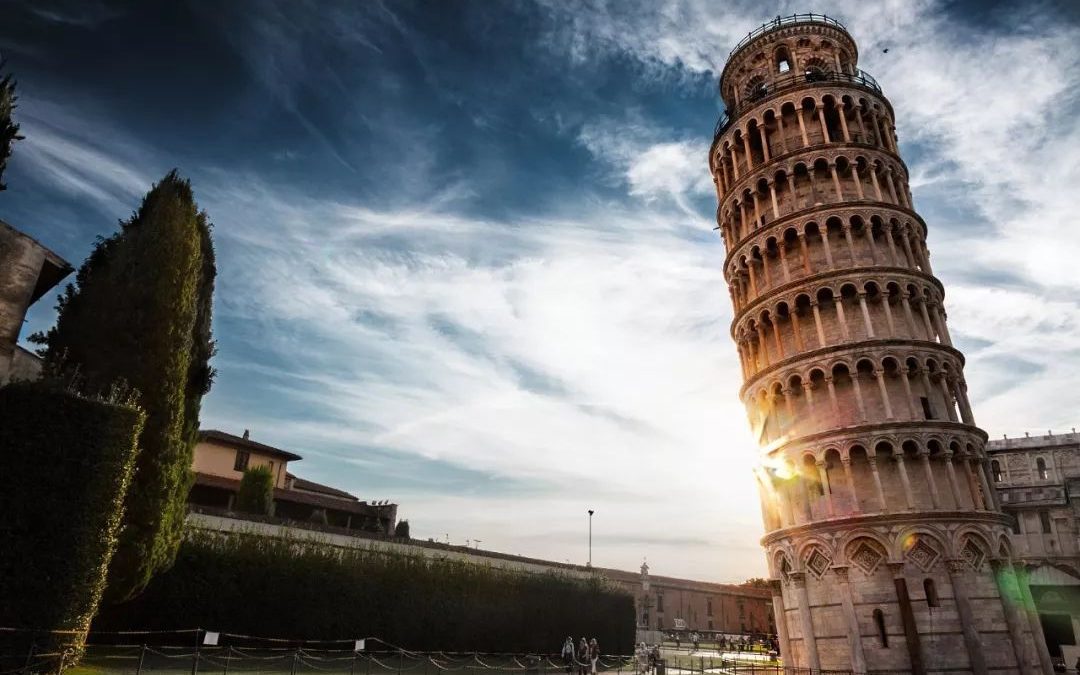 To err is human, and architects are no exception. A huge loss can result from a tiny little mistake in terms of a construction project. Today, let’s talk about some costly mistakes of architectural design in history.

The Tacoma Narrows Bridge located in Washington, to some extent, is the most typical failure in bridge engineering history. Opened on July 1st, 1940, it was the third-longest suspension bridge with a cost of $8 million in the world in the wake of the George Washington Bridge and the Golden Gate Bridge.

Driven by the resonant frequency, the 200-meter-long bridge oscillated and twisted uncontrollably when it was windy. And the vibration amplitude even reached to 1.5m, just like dancing! Therefore, it resulted in a collapse in the middle of the bridge just after four months when put in to use. It was no surprised the destiny of this bridge. It had happened during the construction, which made workers dizzy. One of the reasons is that the width of the bridge deck reduced from 7.6m to 2.4m. And another cause is the low-cost girder chosen. The world’s third-largest suspension bridge, the latest and most advanced in its sleek design, was a twisted tangle of steel and broken concrete.

A Skyscraper with Deadly Ray

Located at 20 Fenchurch Street, London, the skyscraper with 37 floors is one of the three major landmarks in Square Mile. It costs £200 million and covers an area of over 100 thousand m².

Most importantly, its shape is similar to a walkie talkie and hence gets this name. Such a well-designed shape made it stand out amid the concrete jungle and even earned the mayor’s favor at that time.

But there is a serious problem that cannot be neglected despite great efforts made in architectural modeling. The radian of the skyscraper and facade made of glass are the two reasons why the whole building becomes a giant concave mirror that focuses and reflects sunlight.

The square in front of the building suffered from the deadly ray which lasted for around 2 hours per day due to the changing position of the sun. The highest temperature could reach to 70℃ when it was sunny. What’s worse, the sunlight reflected in streets resulted in melted paint, cracked tiles and charred carpets in many stores. Even a Jaguar parked by the roadside was melted by the sun rays. Such a headache!

Located in Las Vegas, the Vdara Hotel & Spa opened in 2009 also has the same deadly and destructive ray as Walkie Talkie.

The unique curved structure and the glass exterior wall made the hotel a huge solar collector which focused the sunlight directly into the pool area in front of the building. As a result, the temperature outside the hotel often exceeded 37℃, and that of the pool area was as high as 98℃. There was a guest who claimed that he felt the burning sensation on the back and smelled the burning hair when he was lying on the lounge chair by the pool, and a plastic bag carried with him was also melted. How destructive!

The High-Rise Building without Elevators

A ludicrous story happened in a high-rise apartment building of a twin tower named Intempo in Benidorm, Spanish.

With a height of 200 meters and 47 floors, the building claimed to be the highest apartment building in Europe, but speechlessly, no available elevator was provided for residents above 27 floors, so there was no way to go upstairs but walk.

Initially, the building funded by the Bank of Galicia with the ambition to show that they had successfully gotten rid of the impact of the economic crisis. Unfortunately, in 2008, the original developer went bankrupt because of the global financial crisis, and then the project was also put on hold. Afterward, it was taken over by a bank of Spain specializing in non-performing assets with shrank costs.

The later developer was so greedy that the original apartment building with 20 stories was built to 47 floors, and the number of households was added from 120 to 296. However, designers didn’t realize a critical problem until the construction was almost done: the room for the elevator of a 40-storey building now was not enough in the original design. What’s more, such a significant modification without redesign and re-approval may cause a catastrophe. And then designers quit together!

It was said that only 94 rooms in that building had been sold in 10 years. Therefore, investors decided to sell the rest at a lower price.

The Bridge Just Opened for 3 Days

The London government built the bridge in 1999 at a cost of $24 million so as to welcome the new century. The Millennium Bridge features the light slender shape and continuous dynamic beauty. The public flocked to the Millennium Bridge when it was officially opened on June 10, 2000. Surprisingly, the footsteps of the large crowd made it sway dramatically. As a result, it was blocked just three days after the ribbon cutting.

The government spent £5 million in carrying out reconstruction and adding movement stabilizers. Now it’s safe for use.

The Building after Plastic Surgery

Invested by the Standard Oil Company, the Aon Center, built-in 1973, is the third tallest building in Chicago.

With 83 floors and a height of 346.3 meters, the Aon Center was mainly used for office and sightseeing at the beginning. It was the headquarter of the Standard Oil Company from 1973 to 2003 and was subsequently purchased by Wells Real Estate Investment Trust, Inc. In fact, the original exterior wall of the building was covered by 43,000 pieces of Italian Carrara marble because of financial problems, which was found to be much thinner than ordinary cladding materials and completely unsuitable for exterior wall construction. Thus, in the second year after its completion, it was found that the exterior wall tended to fall off and crack. Even some slabs detached from the building and dropped on the roof of the adjacent Prudential Center. Hence, it cost another 80 million US dollars to replace the entire exterior wall with granite material! The actions often negate the original intention which was to save money.

The Most Well-Known Leaning Tower of Pisa

As the landmark of Pisa, Italy, the Leaning Tower of Pisa plays a unique role in architectural history in the world. Starting in 1173, the construction of the tower lasted two centuries until it was totally completed in 1372.

Shortly after the beginning of the project, the bell tower leaned to the southeast owing to the uneven foundation, soft soil, etc. However, it’s the defect that made the tower a unique landscape.

In order to compensate for the original lean, the engineers specially tilted it in the opposite direction in some ways like adding stones to the south of the tower and adjusting the weight of the load-bearing column. Consequently, the tower leaned to the north instead of the south when it was built to the 7th floor in 1278.

Since the completion of the tower, experts from all over the world have been racking their brains to come up with ideas on how to rescue the leaning tower. However, the Leaning Tower of Pisa, which has experienced several storms, still stands still.

To be honest, it is not easy to be an architect, because architects need to not only layout the plane and struggle with the modeling but also analyze various hidden factors and start over for a few imperfect details sometimes. Architects often work at the desk for a whole day. Sometimes they are questioned although they work the entire night through. Anyway, please keep enthusiastic and let the world see the birth of the next architectural miracle!

Thank you for reading. Aimir is delighted to share the most interesting architectural stories with you. If you like our articles, please feel welcome to contact us. Besides, Aimir always helps to gap the bridge between reality and blueprint. Let’s make your design flourish!