For architects, playing video games can be an educational experience as much as entertainment. No matter whether you are a gamer or not, you may find yourself easily hooked given the change and the right game. We are not going to talk about some masterpieces such as Assassin’s Creed, Minecraft, Super Mario Odyssey, or the latest Cyberpunk 2077. We’re happy to share 5 games that are not that famous and well-played, but still are able to trigger and inspire. 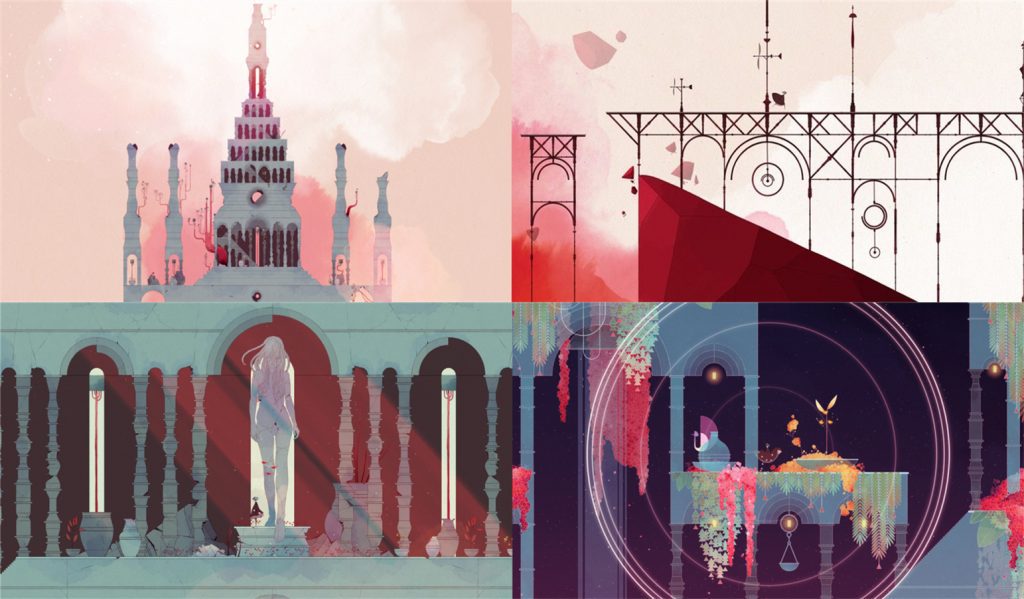 Gris is definitely an unforgettable game in 2018. Anyone who has played it will never forget the beauty, the smooth, the balletic sense of movement, and the gorgeous soundtrack that feels completely in-tune with the gameplay.

Without any dialogue or narration, Gris tells a story by combining color and architecture. The whole story relies on visuals to convey the narrative. What’s amazing is the way that Gris changes as the player progress: initially the world is bleak and grey, but steadily you unlock colors that bring the space to life. The game reaches climax until the end – a world with dynamic colors, terrific architecture, and an ethereal soundtrack.

The artists based architecture designs mainly on real-world structures in India and Venice, as well as fictional locales. 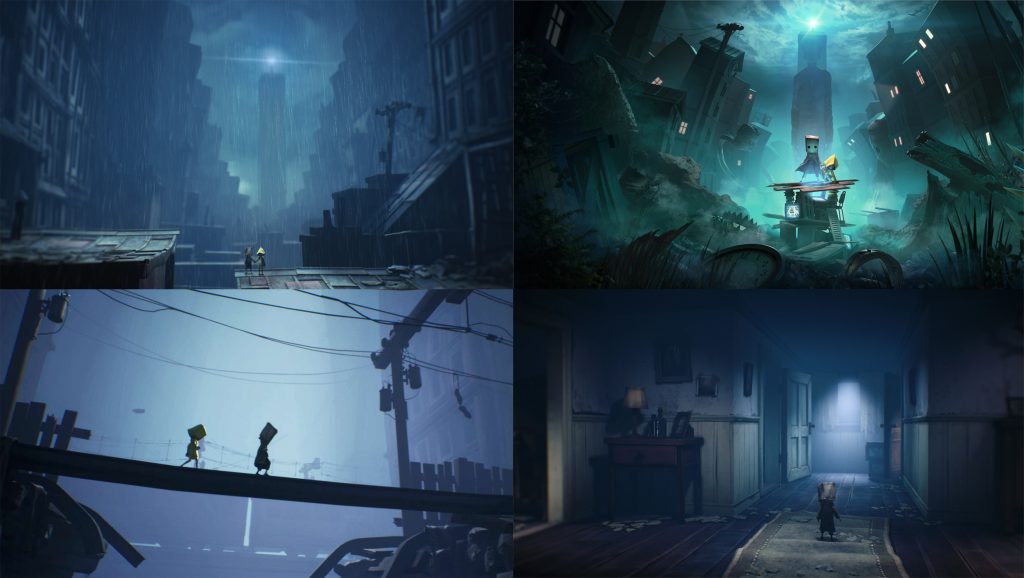 This fantastic puzzle adventure game has a bit of Tim Burton-esque horror factor, but being terrifying is never the core. If you have ever played it, you’ll understand why it is a must-play game of the year – it leans heavily into environmental storytelling, instead of dialogue and narration.

The original happens on a creaking ocean facility, while the sequel seems narratively broader in scope, embarking across the wider world. Besides the swampy forest, Japanese rooms, and nonsensical nightmarish architecture, there are more visual surprises that most players enjoy in this series. Players play as tiny person, to survive a trek through a dark world. In this way, everything in this world looks incredibly huge. 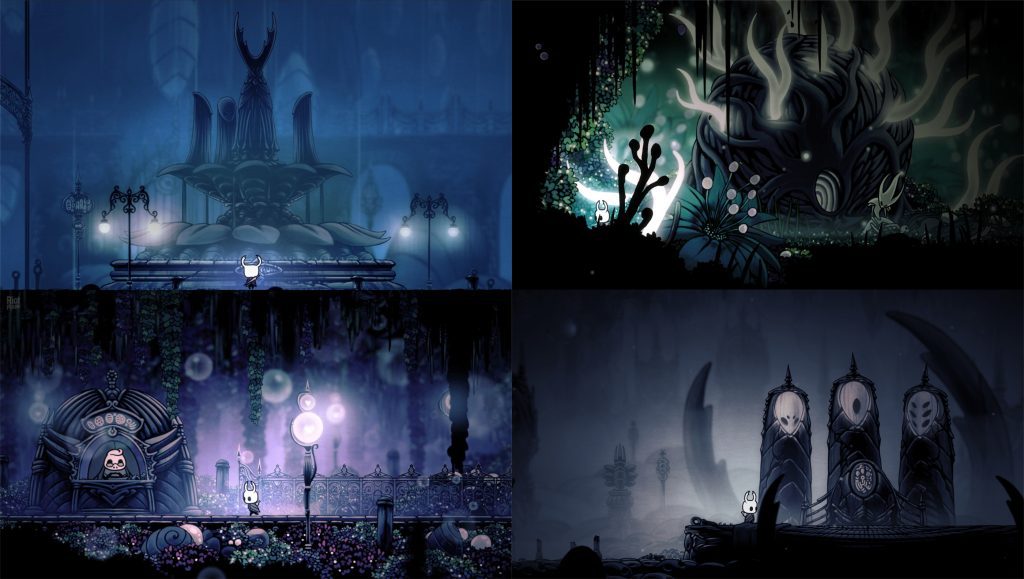 With a sophisticated underground world, Hollow Knight is a beautiful action game set in the ruined kingdom of insects. Befriend curious bugs and battle blighted creatures roaming the dystopia.

The underground universe is layered, intricate, and nuanced, with painterly detail mixed with software touches like Gaussian blurs and particle effects. The Queen’s garden and hive are beautifully and bizarrely alien, while the built-up areas like the City of Tears use a sort of Gothic/Art-Nouveau architecture that inspires a sense of sad, dread wonder.

Hollow Knight is sure a triumph of independent game design, mixing a stream of architecture styles and cultural context. It is a tapestry of hope and horror that I would definitely recommend. 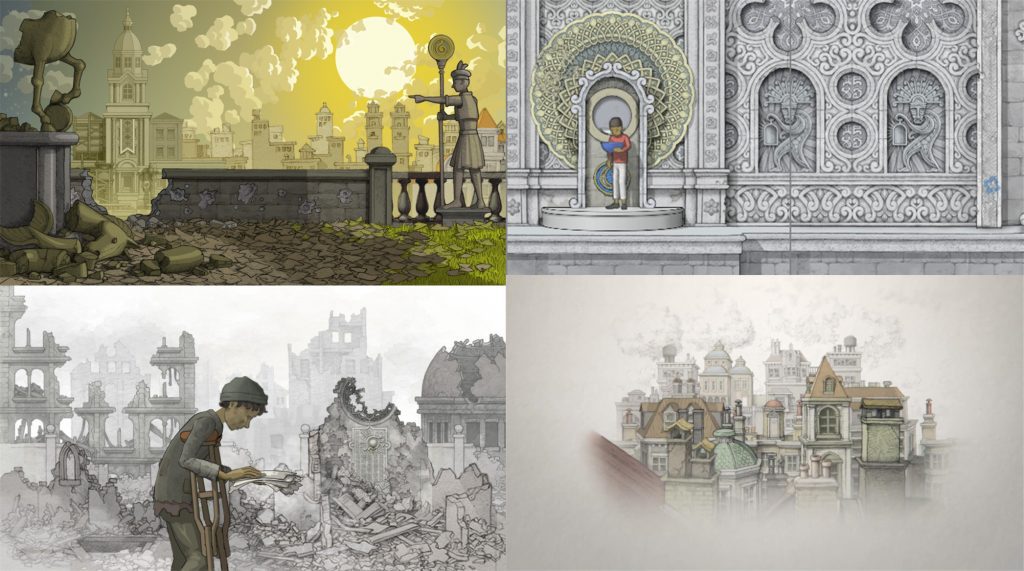 This artistic puzzle game surprises the players with the visual signal of key elements in the art and architecture of Byzantium, from domed buildings with their grand symmetrical spires to elegant relief carvings and icon-like character designs.

The world suggested in this game is historically parallel to but different than ours. Succeed in presenting a world both familiar and strange, Gorogoa will spark a growing desire to recreate significant art and architecture history periods through video games in the years to come. 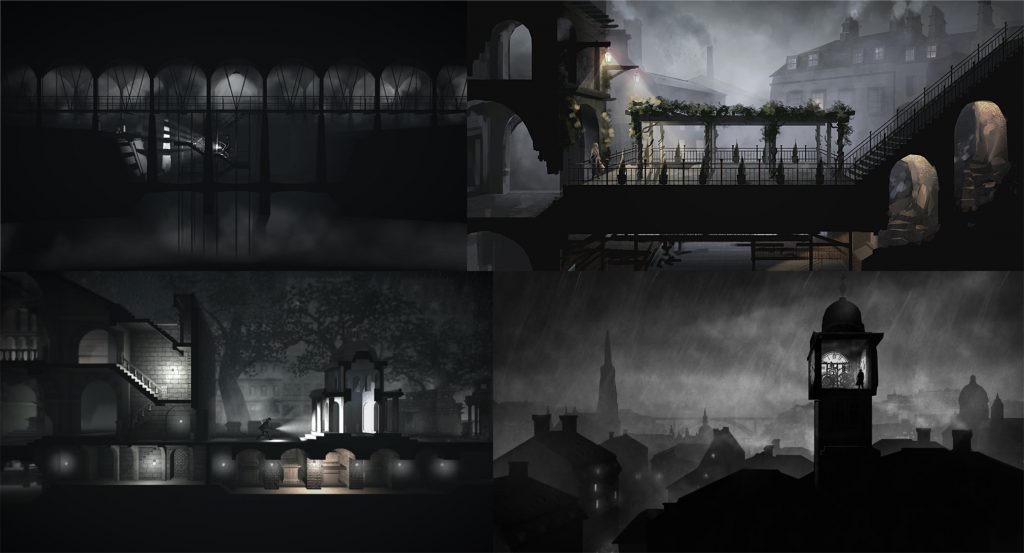 Those who play Calvino Noir must wander through complex rooms and towers enveloped in shadows that become illuminated when the player journeys through them. With stunning visuals relying on architectural realism, this point-and-click adventure game, a game we previously christened “the ultimate architecture video game,” was inspired by the noir genre and the works of 18th-century architect Charles de Wailly. Creator Dan Walters, an architect himself, believes that the visuals of the game were most influenced by architectural perspective drawings due to their “diagrammatic, sculptural quality.”

There is undeniable romance in world-building. The inspiration of each unique world brings to you is the primary reason you should be playing each of these games. Challenge your perception of what cities and buildings and even the entire world should be like and unleash your creative mind!